Houston Astros step up to bat with $15M renovation

The team is confident the project will be completed in time for the 2017 season.   Read more at the Houston Business Journal 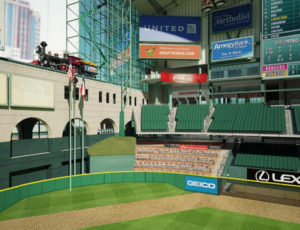 The renovations also include adding escalators, seating options and creating four food and three bar locations. The flag pole, currently perched on the hill, will be behind the wall and out of play after the renovation.

Previously, the renovations were expected to start at the end of the 2015 season, but the plans were nixed when the Astros made it to the postseason.

During the 2015 announcement, the removal of Tal’s Hill and renovation of Minute Maid’s center field was ballparked at $15 million.